[dropcap]W[/dropcap]innipeg has several professional sports teams. They are well known due to the players, the overall records of the teams, and even the various charitable contributions that they provide. There is no doubt that these sports teams also help the overall economy in Winnipeg. They draw many spectators to the events on a regular basis. This increases revenues for transportation, hotels, restaurants, and various other attractions in the area. 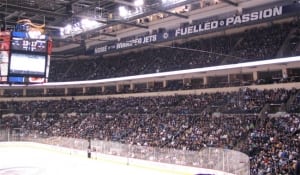 [/imageframe]The Winnipeg Jets are a National Hockey team that was established in 1972. The history of the team though can be somewhat confusing. The original team was relocated to Phoenix, Arizona. However, what was early on known as the Thrashers then became the Winnipeg Jets. They were established in this area in 2010 and their first season in the new location was in 2011.

The team got new jerseys and a new logo to go along with this transition. Ticket sales have been very positive. Their mascot is Mick E. Moose. They have had many new players added to the roster as well as changes to the coaching staff.

Their home games are played at MTS Centre. This is an indoor sports complex located in the downtown area of Winnipeg. It was built in 2004 and has seating for 15,000 people. What is very interesting is that even though it has the smallest seating capacity in NHL, it is the loudest! When it isn’t being used for hockey, it is a common location for concerts. 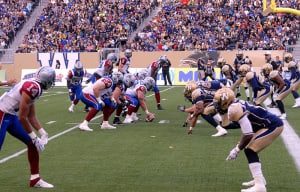 [/imageframe]The professional football team is the Winnipeg blue Bombers. They have won 10 grey cups which is the ultimate trophy for the league annually. They have been part of this club since 1930. They have a very solid fan base and they continue to generate new fans all the time. They set new attendance records in 2011.

Buzz and Bomber are the official mascots for the team. The duo are able to offer plenty of ongoing fun and laughter on the field. On a side note, Winnipeg also has a woman’s tackle football team, called the Nomad’s Wolf Pack.

Their home games take place at Investors Group Field. This is a brand new stadium that just opened in 2013. It is actually located in the University of Manitoba campus. University Stadium where they play college games is next to it, and the parking areas are shared. There is a seating capacity of almost 33,500. This includes 52 luxury suites.

To accommodate the various weather conditions, there is a partial cover so it can be used all year long. This is also going to be the location of the 2015 FIFA Woman’s World Cup. When it isn’t being used for sports, concerts take place here. So far, Taylor Swift and Paul McCartney have drawn in sold out crowds. 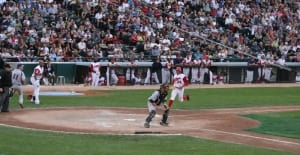 Shaw Park is the location for watching their home games in Winnipeg. This baseball stadium is right next to The Forks National Historic Site. This location has seating for almost 7,500 people. This includes the 30 luxury suites. It was built in 1999 and originally called CanWest Global Park. The name was changed prior to the open of the 2011 season when it was purchased by Shaw Communications.