[dropcap]W[/dropcap]innipeg is located at Red River and Assiniboine River, and the area is commonly referred to as The Forks. The name Winnipeg means muddy waters. This area was used by early Cree people according to the variety of artifacts, wall art, and petroglyphs identified. The natives were able to fish, hunt, and track in this area. 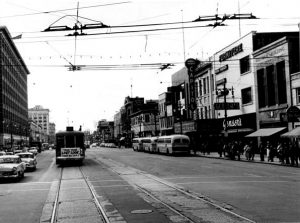 [/imageframe]From 1670 until 1869, the Dominion of Canada was under the possession of the Hudson’s Bay Company. This was under an agreement established by King Charles II through a charter with the governor and Company of Adventures of England. This charter included all of the territory that drained into the rivers that flowed into the Hudson Bay.

A very important part of the Winnipeg history is the introduction of the fur trading post at Fort Rouge. This was established in 1738. In 1869, the territorial rights of this area was given to the Dominion of Canada. This same year, Louis Riel led an uprising of the Metis. It ended in 1870 when Reil fled.

In 1870 the Province of Manitoba was formed. This was the 5th Province for the Dominion of Republic. It was also during this time that the Red River Rebellion occurred. This was a conflict between government powers and an uprising led by Louis Riel. As a result of this rebellion, Manitoba was then introduced as a Province.

The first city hall was established in 1875, followed by a theatre in 1876. The name of Winnipeg was given to this area in 1876. This was also when wheat began being shipped from the area and into Toronto. In 1877 the CPR Engine #1 arrived in Winnipeg. The first railway system was implemented in 1878. It ran from St. Paul, Minnesota to Winnipeg.

H. McDougall introduced the first phone service in Winnipeg in 1878. The area continued to grow and with the introduction of water supplied in 1882 it was quickly becoming a place for people to settle. In 1891 there were 25,000 people there and by 1921 there were over 179,000! There was some financial difficulties created for Winnipeg in 1914 when the Panama Canal opened. The canal allowed for International trade to occur without the use of the rail system that was in Canada.

After World War I, there was a recession and the labor conditions were very poor. Union organizers were facing many issues and at the same time, there were plenty of soldiers returning to the area from war. When 35,000 workers went on strike in May of 1919, there were plenty of issues as well as overall violence in the Winnipeg area. Police regained control and two people were killed with many injured. This became known in the history of the area as Bloody Saturday.

The financial problems in Winnipeg continued due to the 1929 stock market crash. The unemployment rate was high. Compounding the issue was also the drought and the low prices of agricultural goods so the farmers were struggling. When World War II began in 1939, the depression ended.

Many Canadians from the Winnipeg area were among those that took part in the battles. They were involved in the attack on enemy ships that occurred in Wilhelmshaven, Germany. They were also involved in the combat efforts against Japan, known as the Battle of Hong Kong. Due to the crowded population in Winnipeg, the military had to access various buildings in the area to keep up with the needs of those in the service.

The area was also home to the development of the BCATP (British Commonwealth Air Training Plan). This was an exercise that involved flight crews all over Canada. Winnipeg was the main command headquarter location. When World War II ended, Winnipeg was doing well and the people had hope for a bright future. The development of homes was in full swing, but the Red River Flood of 1950 destroyed many of those completed and those still in progress.

The flood waters were in place for 51 days, resulting in 8 dikes collapsing and 4 bridges being destroyed. Over 100,000 people had to evacuate the area. This is still the largest mass evacuation in the history of Canada. Louis St. Laurent, the Canadian Prime Minister declared a state of emergency. Soldiers came to help offer assistance and to provide relief efforts. When all was said and done, the damages were more than $26 million. Part of the rebuilding process involved protecting the city from future flood problems. The Red River Floodway was designed.

Winnipeg was once again facing difficulties due to the energy crisis of 1979. This led to many businesses having no choice but to close their doors in the 1980s. This included various meat packing plants and other organizations that were employing high numbers of people. Funding was put in place to create the downtown area and to have the various levels of government in place to oversee all of it.

The focus on tourism also become very prominent in the 1980s. This included upgrading the rail yards along the rivers. Today, The Forks are one of the most popular attractions for tourists that come to Winnipeg. The earlier Red River Floodway was close to failing in 1997 due to high waters from the river. An expansion of the project was created and completed in 2010.

Photo credit: U of M Libraries